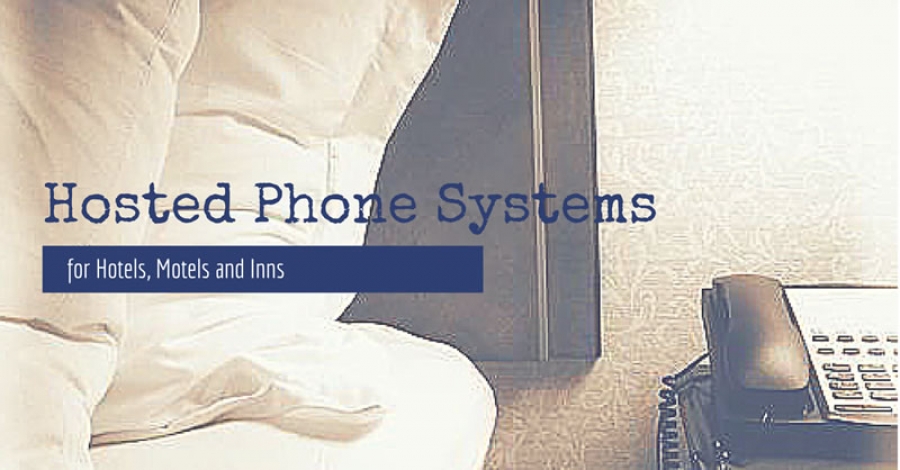 In modern hotels, guests expect amenities like cable, internet and phone. Yet most overnighters never take advantage of such services.

Henry owns the Kamloops Riverside Hotel, a 16-room paradise on the south banks of the Thompson River, British Columbia. At capacity, it houses roughly 64 guests.

Last summer, the hotel had its first fully booked season. It accepted guests of all sorts—business people, vacationers, passersby and more. He wants to make sure all those customers return, so he thinks about how he can improve his accommodations.

Almost everyone requests internet and telephone, but guests rarely make calls. This makes him wonder if he’s wasting money on the current hotel phone system.

What other solutions might be available to cut costs? Could a new system encourage guests to use the phones more often?

He opens up Google and searches “Hotel Phone Systems.” Some curious results come up. A technology called hosted PBX grabs his attention. The thought of using phones online had never occurred to him before. From what he's read so far, he knows it can save money. What else could it do?

To better understand hosted PBX, Henry writes a checklist. He covers all the current and future needs of his hotel. It begins: “I need a phone system that will…”

A Hosted Phone Solution for the Kamloops Riverside Hotel

The Kamloops Riverside Hotel is a perfect candidate for IP telephony. Already it has high-speed internet in each room, meaning the infrastructure is in place to support it. After all, a hosted PBX service requires very few components—just a stable network and IP phones. Getting rid of landline maintenance and installation could also save a small fortune! But what about the features?

Likely, the Kamloops Riverside Hotel will want a local number in British Columbia as well as a Canadian toll-free number for residents in other provinces and territories. Should Henry own numbers already, he can easily bring them onboard. Otherwise, he can grab news ones for little extra cost.

Henry also wants an auto-attendant to greet users and direct them to the proper department. This would eliminate time spent transferring calls. For 24-hour support, the hotel could use time conditions with voice menus to direct calls based on its hours. It could also lump departments together using queues or “ring groups”.

Through a hosted phone system, internal calling is always free. Therefore, the front desk could reach all staff and guests at the Kamloops Riverside Hotel at no charge. For example, Suzie in room two might be extension #305 and Jonathan, one of the bellhops, #101.

According to NT Voice and Data Solutions, over 80% of hotel staff are on the go constantly. While Suzie might answer on her hotel phone, Jonathan would use a cellphone instead. Thanks to smartphone apps and call forwarding, he can make and receive calls wherever he goes.

Henry wants to deliver important information to prospects and guests over the phone. An audio playback feature would allow him to do so. By using a voice menu directory, he could upload audio files for frequently asked questions. Using text-to-speech, he could even create changeable responses such as vacancies, upcoming events and specials. Of course, music-on-hold entertains caller, too!

When it comes time for guests to check out, front desk needs to be able to filter call history by number and date. Exporting information to CSV for quick editing, tallying and printing would also be useful. To create these reports, it would make sense for each room to have a local number assigned. Doing so gives guests a unique call display, and it simplifies billing.

Interestingly, numbers are so easy to buy, Henry could request dedicated phone numbers for all guests who intend to stay for weeks at a time.

Henry Decides a Hosted Phone System is Right for His Hotel

Satisfied, Henry reclines in his desk chair. He’s now confident that a hosted PBX is the way to go.

Only one question remains: how much will it cost the hotel? Like most businesses, it can save Kamloops Riverside Hotel 40% to 60% on its bills! But that's not all. Let's review some of the greatest advantages Henry gains by making the switch.

The Benefits of a Hosted Hotel Phone System

Adapt to Growing Technological Demands
Today, people expect sophisticated in-suite amenities. Hosted PBX meets this demand with a slew of free features that will incentivize guests to use the phones.

Increase Phone System Flexibility
Under a pay-as-you-go call plan, it is easy to equip each room with a SIP device for free inbound calling. The hotel pays only for the minutes used rather than the lines active.

Call Locally or Long-Distance for Cheaper
Travelers and businesspeople sometimes use hotel phones for long-distance calling. Through VoIP, dial-out rates are incredibly low. For example, Canada costs only $0.02/minute. Call forwarding also allows guests to answer calls outside of the hotel.

Reduce Cabling Costs
As a cloud-based solution, each room needs only an internet connection to place and receive calls. Although we recommend connecting via Ethernet, this includes Wi-Fi. Hotels can cut landline/cable maintenance costs by pushing all in-suite services online.

More in this category: « When IVR Hurts Customer Service and How to Correct It Business Voicemail Best Practices »
back to top